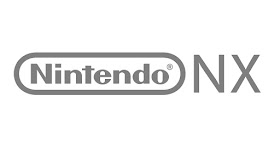 I have more news from Takashi Mochizuki the man who posted the Wall Street Journal article about the NX Dev Kits being shipped out to Third Parties and the console having quote "Industry Leading Chips",  I have emailed him directly for more details on the tech of the console and what exactly he heard from developers who have seen the console dev kits in action.

The quick answer is "I don't know." Sorry!
-Several people who said who have seen a demo said what they saw is impossible to run on a computer without a "industry-leading" or "cutting-edge" chips. Cutting-edge in what way, they refused to elaborate.
-And an important thing to remember, probably you know well already, is that chip specs won't be finalized until much closer date to the release.
hope this helps, and plz ask me follow-up questions if you have.
thanks,
mochi

There was a random post on a Nintendo forum eariler today basically claiming the same thing as Mr Mochizuki said he heard from developers. While he actually does not know the exact specs and how they would compare to Playstation 4 as my question was referring, what he says makes sense for the case in favor of the NX to be more powerful than the PS4 and possible by a decent margin.

Keep in mind that he reminded me that the chips are not finalized yet, but what is being shown to developers is really impressive in this initial stage of development.

Also, as you can see above his email address is posted right here, so if anyone wants to confirm this information as true, just email him and I'm sure he will confirm the information. He seems to be a very nice individual.

I would like to give credit to the site Administrator at Nintendo Forums who goes by the name "Crunchyg" he posted a story yesterday that basically matches and confirms what Mr Mochizuki posted in the Wall Street Journal, it is too close to be a lucky guess or fabrication. Nintendoforums and Crunchyg was accused of being "fake hype" reporters due to the lack of notoriety of his site but he has sources in the industry that are basically on the same level as Mochizuki from the WSJ. Obviously nobody's going to say too much since they are under an NDA, and Nintendo's PR is unfortunately already aware of the thread at his website.

Out of good faith and respect for a fellow Nintendo fan and someone who is not in this for profit (no ads on his site), here is a link to his original post from yesterday that has been confirmed to be based on the same information that Takashi Mochizuki also received:

Nintendo Forums: Nintendo NX will have "incredibly powerful" hardware
Metaldave at 12:00 AM
Share